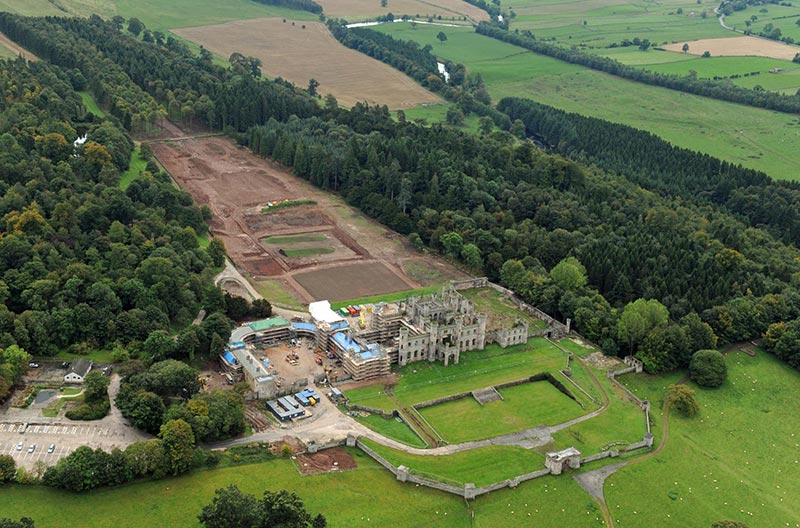 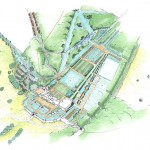 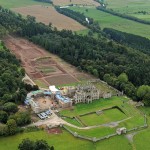 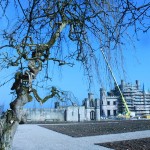 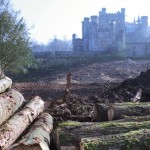 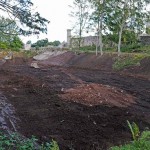 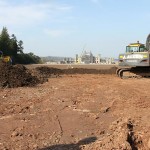 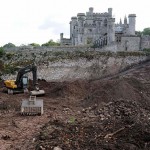 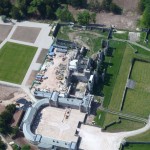 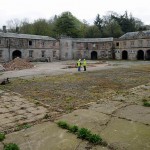 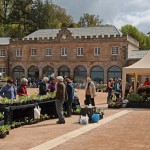 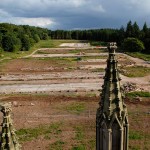 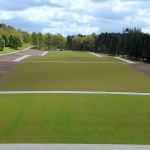 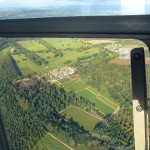 Dominic worked with the project team until its realisation. Lowther Castle has re-opened to visitors after some seventy years. The castle and gardens were abandoned as a family residence and the castle de-roofed, leaving a romantic silhouette of turrets and battlements. The site was taken over by the MOD for tank training resulting in extensive swathes of concrete hard standing.

There was a subsequent phase when the gardens were covered in chicken sheds and Christmas trees. However the abandonment meant that the infrastructure of a unique seventeenth century garden survives largely intact.

There are gardens, formal walks and a massive dry stone wall supporting a prospect terrace suspended on the garden edge that reveals splendid panoramic views of the surrounding hills.
The garden is high at 600 feet, creating challenging growing conditions, but also unique light effects. There is extensive shelter belt planting that survives including beautiful gnarled veteran specimens.

The gardens have been treated as a series of “rooms” connected by key features such as the axial South Lawns. A view Kip c.1710 shows an intricate series of formal gardens walks, and lawns on a lavish scale- hard to believe this existed- but most of it is still evident on the ground.

We did not attempt to restore the 17th century garden but revealing its bones and working with the patterns of the historic layout to create a new garden for our generation.