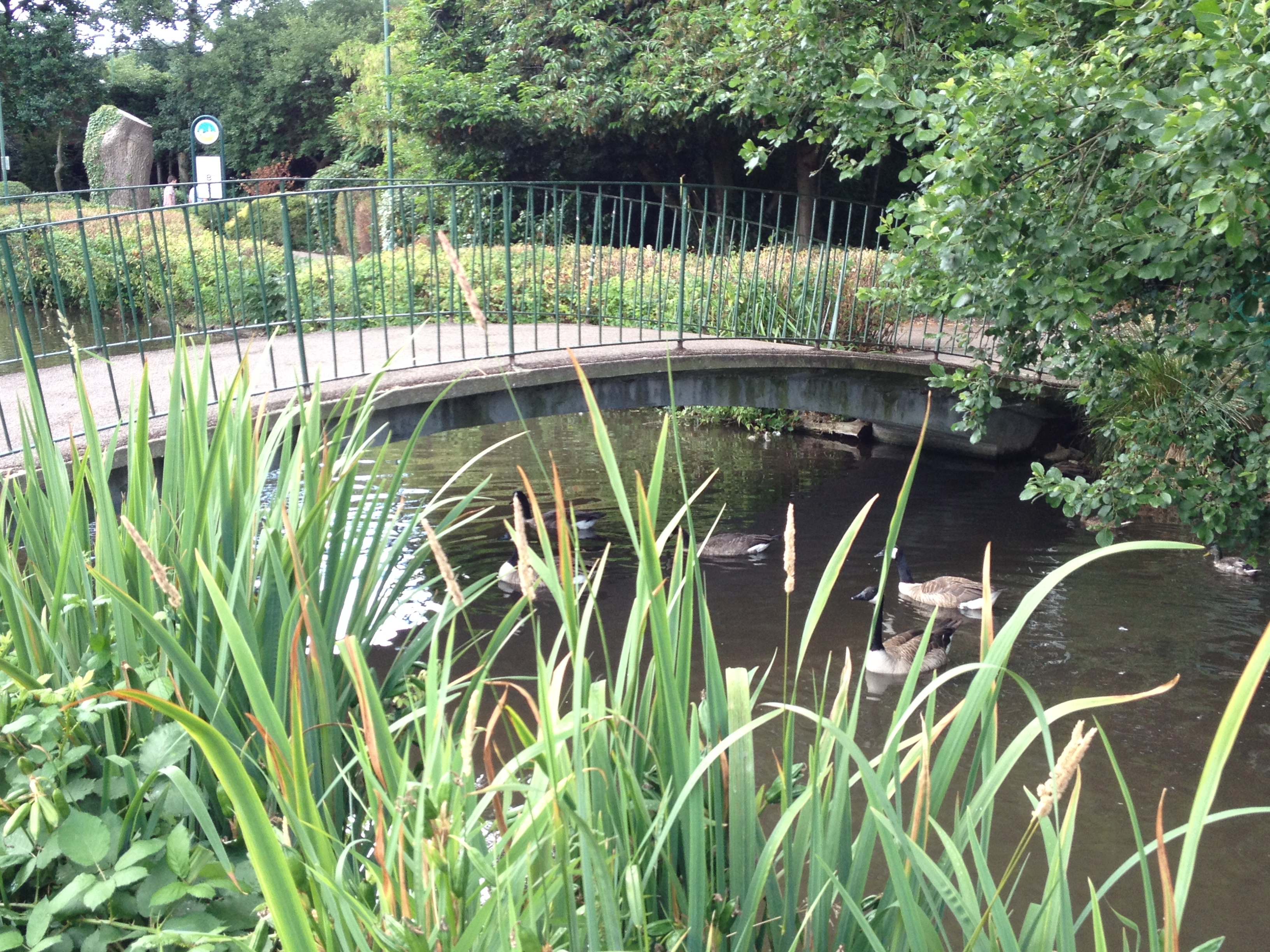 Personal statement from Dominic Cole Landscape Architect, Chairman of the Garden History Society, Chairman of The National Trust Gardens & Parks Advisory Panel.
—————————————————————————————–
I studied Landscape Architecture at Leeds Polytechnic (now Leeds Metropolitan University) 1975-1979.  In my final year we organised a student conference for landscape students, but open to all.  It was one of the largest & best organised of such events I have ever experienced.  Geoffrey Jellicoe was the key speaker & I was invited to have dinner with him the evening before he spoke.

The main project he presented was The Water Gardens & I can recall his enthusiasm & the pride for the scheme that had been completed some eight years before.  He was proud of it & considered it one of his most successful projects.

The talk was not recorded but I do remember some key points:

1. Jellicoe was the Masterplanner for the New Town of Hemel Hempstead – not just the Water Gardens, so is important to consider the context & the green spaces along the River Gade, both to the north & to the south.

2. Planning the Water Gardens was complex because the site is long and narrow – to create the illusion of space Jellicoe employed a number of design devices, including: 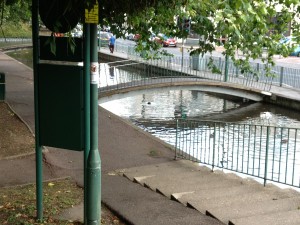 a) Creating the illusion that the water was more extensive by using different channel widths, vanishing points, levels & sound.
b) Sinking the car parks behind a raised planted bank so the cars were invisible & the space apparently flowed to the west
c)The formal garden was raised at the west end to hide the main road & create the illusion that the space contrived out & across the fields to the west. As a result the sloping gardens were more visible from Bank Court.
d) The ‘Lovers Walk’ (north/south) was created as a meandering path to deliberately slow people up so they would enjoy the garden.

3. The weirs were designed to make different sounds.  Jellicoe & His designer wife Susan had researched & written an important book on water in the landscape:

“WATER: The Use of Water in Landscape Architecture” by Susan & Geoffrey Jellicoe 1971. A&C Black Ltd
He knew the powerful psychological effects that the sound of moving water could have.  Each of the weirs in the water garden is ‘tuned’ to make a different noise & he experimented with various forms of weir (with the contractor) before finalising the designs. 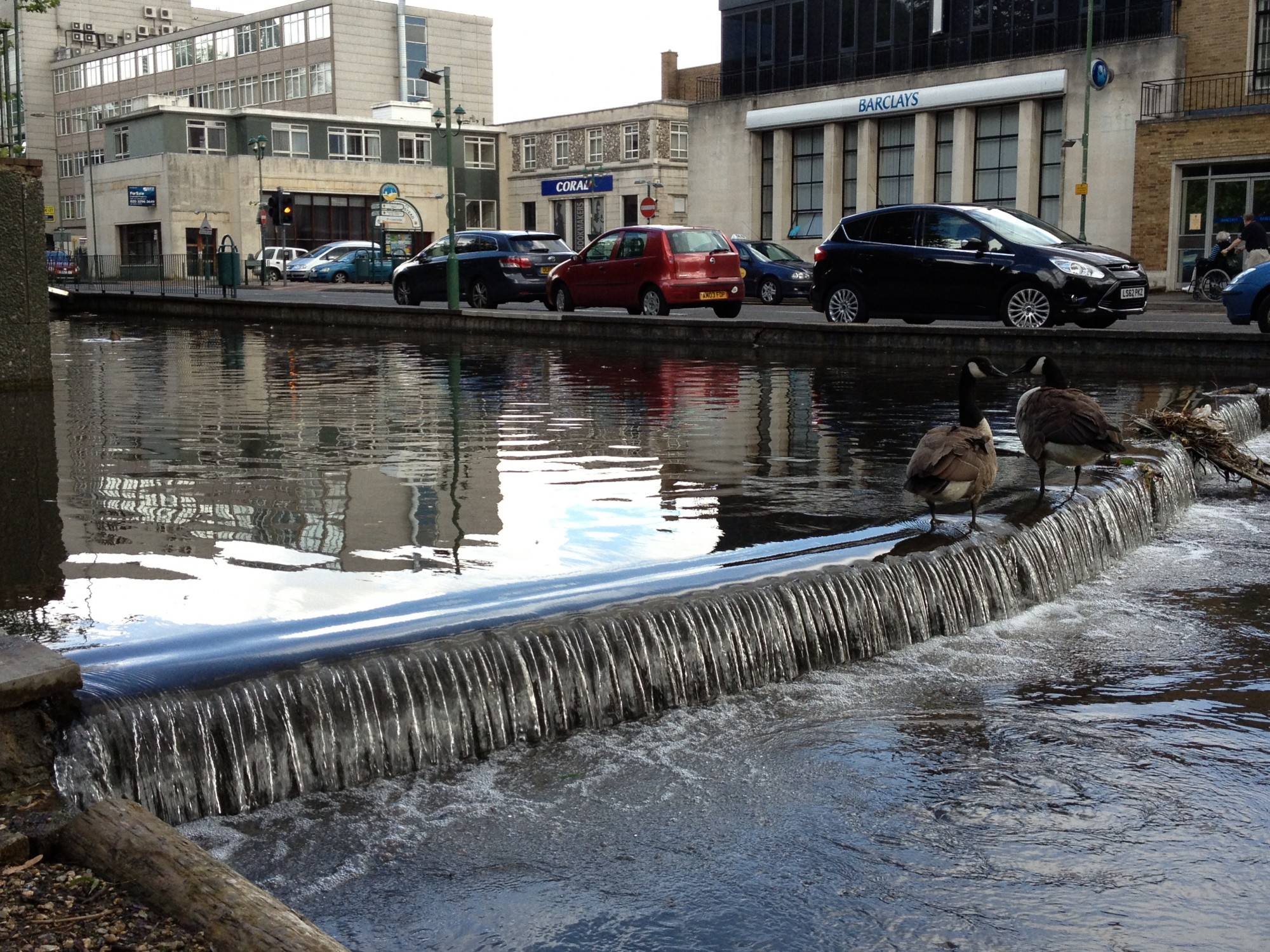 4. The architectural elements, in particular the bridges & viewing platforms, needed to appear to float over the water.  The bridges are designed with a deep central spine with much shallower wings either side to give their profile a delicate appearance.  The viewing platforms are cantilevered & have a memory of the decks of an ocean liner.

5. The budget for the works was tight & Jellicoe made ingenious use of space & inexpensive materials to achieve a complete scheme that transcends the value of the individual elements.  And if any of those elements were not there the scheme would be the lesser for it.

6. There was an important design contrast designed in to the scheme.  The west side was to be soft & meandering, relating to garden & rural sentiments.  The east side along Waterhouse Street was formal and linear, relating to the town.  The series of bridges are the link & transition between the two sides.  The overall idea was that busy shoppers or residents moving from their car to The Marlowes and, more importantly, returning from shopping would be passing through a relaxing space where they would be encouraged to slow down (the bridges are arched to encourage you to pause & look at the water) and, even, to stop & sit on one of the viewing platforms or in the formal gardens to enjoy a moments peace. 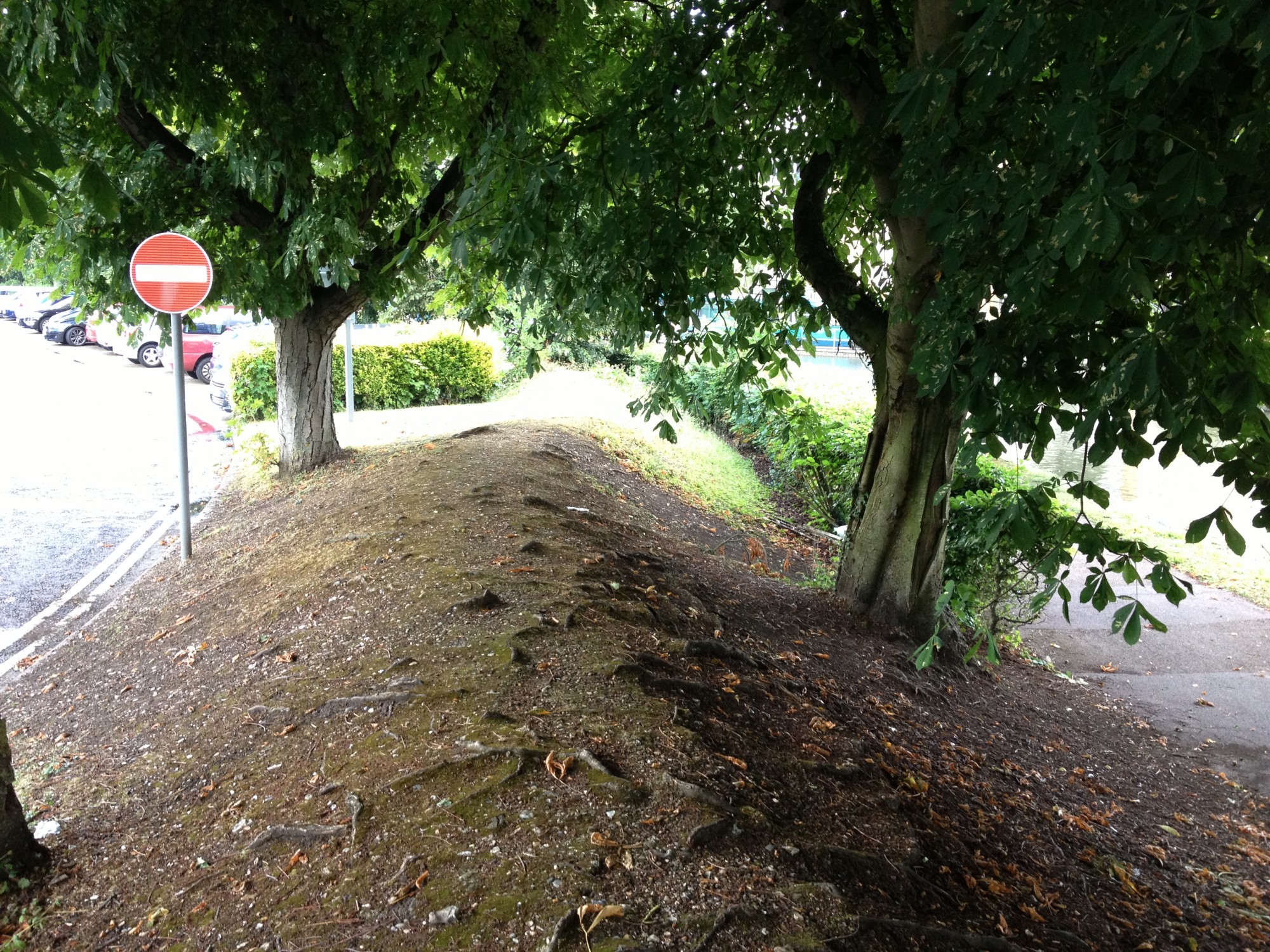 7. Susan Jellicoe’s planting design for the formal garden included colourful and scented plants to further stimulate the senses – adding to the gentle water noises created at the weirs. In the canon of Jellicoe’s work and comparing to his design for The Morton Biscuit Factory on the Wirral, Central Plymouth & the Roof Garden at Harvey’s in Guilford, Hemel Hempstead is the most successful design for an urban setting of its period & contains a diverse range of hard and soft design features that are ‘of – a – piece’.  Although there have been encroachments, most notably the decked car park, the overall design survives remarkably in tact.